Suffocation - ...of the Dark Light
Canvas Solaris - Sublimation
Nephilim's Howl - Through the Marrow of Human Suffering

Scream Of The Soul - Children of Yesterday

Italian brutal death metallers Lectern have stayed true to their roots and kept their steadfast tradition to mixing a brutal variation of the Floridian variety of death metal with a much harsher, more Satanic bent to their music that makes it more devastating. The main feature to be found here is the rather sharp, brutal riff-work, managing to work through a strong series of rhythm patterns that showcase a tight foundation with short rhythms and deep, churning grooves. That the vast majority of tracks in this section are built around a thrashing mindset means that they’re fast, vicious and really exploit the fine precision displayed throughout here as the up-tempo tracks and short rhythms give this a distinctly Floridian feel utilizing those similar tactics in their work. This one though adds on a far more blistering and twisting series of riffing over that which adds a frank brutality to the rhythms in this, and given that the riffing still adds a rather old-school vibe to the material is a fine touch. For the most part, it doesn’t have much wrong here beyond the need for repeating the same riff-work and arrangements at the varying tempos, but that’s overlooked with efforts like opener ‘Gergal Profaner,’ ‘Fluent Bilocation’ and ‘Distil Shambles’ all frequently showcase. The longer efforts like ‘Palpation of Sacramentarian’ and ‘Pellucid’ also offer more a traditional old-school death metal feel, but on the whole are more than enjoyable enough throughout here to give this one a lot to really like here for brutal and old-school death metal fans. (Don Anelli)

Suffocation - ...Of the Dark Light

Intricate, polished, and devastating, Suffocation has consistently stood at the helm of the most brutal ship in the death metal armada with mind-bending complicated riffing semaphore, tight ropes of musicianship and production, and an ever-focused eye on what maneuver will cause the most mayhem in the fewest measures. This death metal institution has kept many a fan enamored with its unabashedly aggressive music and innovatively skewed approach that mimicked its insane, slaughterous, and gratuitously gory lyrics. Alongside Immolation, Suffocation formed New York's barbaric response to Florida's death metal monopoly in a jarring outpouring of concrete rhythm, creating an offshoot that abandons the search for melody in favor of a gritty texture on which to flatten its audience.

As Suffocation's eighth full-length, '...Of the Dark Light' is from an era somewhat removed from the seminal '90s albums. The album cover is merely a person being atomized in open space rather than a monstrous machine consuming a victim. The monsters have all but disappeared from the band's contorted universe. Changing form to become either metaphysical torments in a balanced domain where they could be deserved punishments or appearing as inhabitants of an unforgiving universe where such pain is predetermined.

Musically striking out from its tremendous template, Suffocation's '...Of the Dark Light' continues the legacy that the band has laid out over nearly thirty years to further explore this expansive evolution. Massive sounding open and palm muted guitar notes lead erupting double bass bursts in the stunning opener, “Clarity Through Deprivation”. Breakdowns are a staple feature of Suffocation's sound and in these early few minutes the desolate atmosphere leaves large spaces for a head-crushing delivery. Unlike the numerous bands it has inspired, Suffocation uses breakdowns more sparingly and with great impact to absolutely demolish a structure and drive home the intensity and immensity of the aesthetic for which it aims. The polished production doesn't diminish the impact of bass as the thumping energy patters against a chest in anticipation of the pummeling it will receive at a live show. The guitars clasp together in horror-striking harmony without blending while maintaining the down-tuned vibrations that tear at the sanity of a listener with the psychotic sincerity that the twisted mind narrating each song projects, instilling sense and rationale for its malicious universe.

The rip-roaring tremolo riff in “Some Things Should be Left Alone” displays the evolution well as the band showcases its incredible talents in spurts between meditative and sensible stomps into the death metal pit. “The Warmth Within the Dark” is the catchiest song on this album with a most melodic moment when a riff rises in an almost metalcore fashion, dancing its way across a long looping bridge that crumbles beneath the weight of the ensemble's backlash against such an out-of-place moment of hope. Suffocation betrays to its listener how conscious and dulcet its music is within immense, brash, and frantic structures. The calm of “Caught Between Two Worlds” is as delicate as it is intense when delirious guitars start screaming against the percussive weight tumbling down upon them. The bass comes through beautifully in the re-recording of “Epitaph of the Credulous”, rounding the album out with an homage to the lesser-known album “Breeding the Spawn”.

As Suffocation has been reminding its audience of the 1993 album on every new album since 2006, with “Prelude to Repulsion” appearing on the self-titled album, “Marital Decimation” on “Blood Oath”, and “Beginning of Sorrow” on “Pinnacle of Bedlam”, these re-recordings show how much the band's sound has changed from its bouncier beat-'em-up template in 1993 to the uncompromising assaults that this 2017 iteration offers. The little bits of personality found throughout the masonry of such imposing musical constructs keep this album fresh. An upward driving scale in “Some Things Should Be Left Alone”, a sitar-sounding riff adorning “Return to the Abyss”, and an extra tier to a by-the-numbers breakdown in “Your Last Breaths” enhance the multi-dimensional approach that Suffocation used to make a name for itself. '...Of the Dark Light' is no 'Pierced from Within'. Rather than shove its every fluctuation down the listener's throat, there is a nuance to this album that can easily go unnoticed in the first listens, something that shows its fury as one that burns for longer, not to be taken lightly, for each assault is coldly calculated, premeditated. While the lyrics are doomed to their confinement, the sophisticated exploration of the guitars, like a British expedition into the untamed heart of darkness, show a smarter and faster band, versatile enough to endure a drastic lineup change and still succeed. Listening to Suffocation is like attending Hell's opera. The masquerade is a refinement of tone within a frantic and chaotic tableau. Each intensely crafted scene has an air of improvisation while simultaneously featuring tightly-crafted choreography, displaying exceptional musicianship and a professionally cultured finishing, betrayed only by the casual cursory first glance that seems base and barbaric.

Suffocation has been around the bend throughout the outfit's twenty-nine year history and has consistently come out on top delivering an impactful sound, even as its members' passions may have fluctuated. As one of the originals of its day this band still creates the signature churn of complex sounds that metalheads have grown to love, a rare cacophony that has inspired death metal offshoots that explore and expound upon certain moments of Suffocation songs in order to write their own full albums. Being a fan of Suffocation is a privilege, exploring its music is a joy, and having the chance to do the band some justice through a fan's words is something that I see as a necessary homage to this all-powerful pioneering group. '...Of the Dark Light' is no 'Pierced from Within', it is a maturation bred of those fundamental days and an expansion of the band's instrumental path, ever seeking excellence and without such smug satisfaction in itself that the chase is ever done. Suffocation has soldiered on since the 1990s to corrupt any sense of propriety in favor of indulging our most basic human desire, murder. Death can deal with its namesake, Akercocke can have all the sex it wants, but Suffocation has always explored the why and how while innovating a direction so obtuse and multi-faceted that new techniques had to be invented in order to achieve these ambitions. (Five_Nails)

Follow this link to read the interview done with the Italian brutal band, Lectern:

Viscera/// - 3 | Release Yourself Through Desperate Rituals

North Carolina-based melodic black metallers Rites to Sedition have taken their influence from the old-school melodic black metal scene to craft an ambitious effort upon the origins of man and his epic quest to overcome occult mysteries. This is mainly built around the utterly phenomenal riff-work present, featuring plenty of thrilling tremolo patterns full of fiery rhythms and a multitude of tempo changes that allows this one to generate a slew of exciting rhythms. By adding in a technicality to these riffs alongside the ability to utilize the grandiose soundscapes throughout here, this manages to acquire a feeling of explosive icy black metal riffing that develops a variety of tempos and patterns throughout here as the vast array of exceptionally glorious rhythms throughout here which help to make the melodic leads all the more impressive. Running over furious tempos as well as plodding mid-paced efforts makes a huge impact on their rhythms by enabling this one to readily shift focus into the varying tempos and not lose any sense of power or grandeur in the attack, making this a spectacular showing that’s able to generate these varying moods and atmospheres here. It does feel it’s length at times because of the lengthy songs sometimes generating a few unneeded parts here and there but on the whole, that’s a minor gripe here just to pick at it. Intro "Waveform 66," "Echelons of Imposition" and "Sorcerers of Atlantis" manage to combine these together exceptionally well, while the epics "The Moon Titan Phylon" and "The Golden Aeon of Saturnia" fit them into even longer segments to really boost this considerably. However, overall there’s not much really wrong with this one. (Don Anelli) 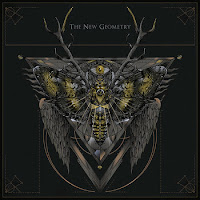