Windfaerer forges a soundscape that entwines folkloric elegance with black metal ferocity. A portmanteau meaning, “one who travels with the wind,” like a vessel lost at sea, the name Windfaerer sets a melancholic atmosphere of longing for a return to a homeland, yet with hopeful eyes set toward the unknown. It is the animus of guitarist and frontman, M. Gonçalves as an epic black metal paean to his ancestral homeland of the Iberian Peninsula (Spain and Portugal). On their most recent effort, 'Tenebrosum', Windfaerer casts off the edge of black metal and takes the listener on a spiritual journey of discovery, embarking into the unknown, treacherous seas. The album is named after the archaic term for the Atlantic Ocean ('Mare Tenebrosum'), meaning 'sea of darkness.' 'Tenebrosum' finds Windfaerer building upon their previous release, 'Solar'. Powerful violins are immersed in a battering ram of dynamic metal riffing, painting a scene with every passage. The sounds on 'Tenebrosum' can be used as a soundtrack to venerate Gaia or as a rousing heavy metal battle cry. 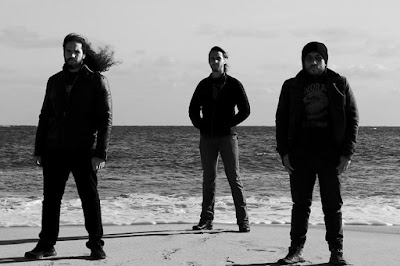 
Hi guys, first of all, thank you for your time. I would like to start with a sudden question: what do you think about the similarities of your sound with Ne Obliviscaris? Please consider that this is not a critique, but a pure verification, as I love your sound as well as the sound of the Australian band. I think that your approach is similar, but you are ruder, without clean vocals and much more death oriented: what do you think?

The comparison is much appreciated, they are truly a phenomenal band! Their sound is a bit more progressive and polished.


Now, after these two direct questions, we would like to know much more about the history of the band, could you tell me about the moniker, the members and your early phase?

MG: I started the band as an homage to the past and my ancestors. To me, the name “Windfaerer” evokes an image of a forlorn wanderer journeying through the seas. Perhaps he is lost? Returning home? Banished? A conqueror? In search of truth? I wanted the project to have an epic and timeless name—and certainly a name I would not regret in the future! I started the band with our two-song demo, “Glorybound”. I created the music and asked JP Andrade to play drums on it. He was the perfect guy for the task, since we live in the same town and have been friends and playing in different bands together since high school. I had always liked the sound of the electric guitar and violin, especially over fast metal drumming, so I asked a friend to perform on the demo. Later, Benjamin Karas joined us to record on 'Tribus'. We came into contact through a local rehearsal studio (Hellhound Studios) that put us in touch. This completed the core of the band today. We rounded out the lineup with other members in order to perform live. Our next recordings will debut our most recent additions to the lineup, Michael Muñoz on bass and Itay Keren on guitar.


'Tenebrosum' has been released a couple of months ago, would you tell me how was the experience of this last recording?

We started writing for this album shortly after 'Solar' was released in 2012. We started with about nine pre-production demos of songs. After organizing the songs into a track listing, we scrapped whatever we felt did not work for the entire final piece. The recording process took longer than we had intended but we decided to allow the extra time as opposed to working too hastily. The songs on the album are very saturated with intertwining guitar, bass, and violin parts that we wanted to make sure were discernable. This was challenging due to the fact that we were playing on other projects and balancing those commitments along with Windfaerer. It was mentally and emotionally overwhelming at times. It is a relief to finally let the world listen to it!


Moreover, what about the feedbacks on the album after two months?

We have been fortunate to receive positive reviews from various zines. Along with the positive reviews, we have been getting great feedback from people all over the world. It justifies the frustration that we went through and our patience with releasing the album. 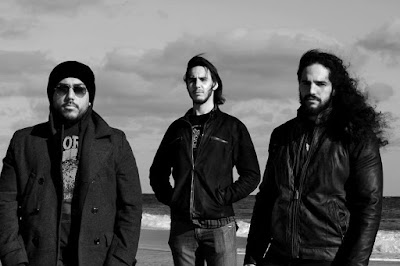 Which are the strengths and weaknesses of the new album, if you compare it with the previous releases? How do you consider today the work done in 'Tribus' and 'Solar'? Is there something that you completely refuse of the previous albums? Personally, I have appreciated them even though they are a little bit much rawer than the last one.

MG: I think the sound and compositions on 'Tenebrosum' serve as a logical progression from 'Solar'. 'Tribus' was written and produced hastily because I was excited that I finally had written a full length album. In retrospect, there are parts of songs on 'Tribus' that I wish would have been more audible; there are definitely guitar leads in it that should have been brought out more. Generally, I would have just spent a little more time on the production. Regarding 'Solar', I am pleased with the overall product. We entered the studio in a more experienced manner and we continued that process with 'Tenebrosum'.

BK: I think 'Tenebrosum' is an appropriate progression in sound from the previous two records. The compositions are a bit more dense and I have taken more liberties with the violin parts. I feel our tone has become deeper and more dramatic.


What about the lyrics of 'Tenebrosum', could you enter into details? Who is responsible for them? Is there any meaning behind the title of the album?

MG: When I write lyrics I work from personal experiences and emotions. Usually the lyrics and titles are allegoric. 'Tenebrosum' is an archaic name for the Atlantic Ocean which means anything like shadowy, dark, or gloomy in Latin. It captures the essence of our music on the album, especially the melancholic vibe. It also is thematically appropriate, since the album has a nautical theme. The lyrics are about casting off into unknown waters (of the literal and spiritual kind).


I stated in my review that your sound is influenced by Dissection and early Dark Tranquillity, but there is also a folkish touch of In Flames of 'Lunar Strain' and Anaal Nathrakh in the last track, not forgetting the important classic music component. What do you think about my analysis?

Yes! The Swedish metal masters have a big influence on our sound. It’s an honor to hear your analysis being so close to our intentions. Dissection and Dawn were influential in our approach to writing the music on Tenebrosum. The Gothenburg sounds of In Flames and Dark Tranquillity were with us since our first works. In regards to producing this album, we wanted to create a record that sounded and felt like it came from the 90’s underground.


How are you going to promote 'Tenebrosum'? Have you planned live concerts? How is the Windfaerer live dimension, is there something special we should expect to see when you are on stage? Any video planned?

We played several shows featuring new songs in the summer leading up to the release of Tenebrosum. The songs and performances have been well-received and the band has picked up momentum because of this. We have two more shows booked for December: we will be direct support for Spanish folk metal band, Saurom in Queens, NY on December 15 and then will be heading down to Baltimore, MD that following weekend on December 19 playing with T.O.M.B., Goat Wizard, Hericide and Dispellment at Krampus Fest. We have a video in the works. It will most likely be revealed in the beginning of the new year.


What about the choice to use the violin in your sound? I was bewitched by its sound, what can you say?

MG: Thank you. It came about rather naturally. Ben is a metalhead who uses the violin to sonically express himself. He is a fantastic musician and it is an honor to work with him. Seriously! I am not worthy.

BK: I was lucky to find a metal band located near me that was looking for a violinist. When we write, there is freedom for me to take simple melodies and embellish them harmonically and texturally with effects and what not. I like to take full advantage of the range of sounds available using an electric violin. 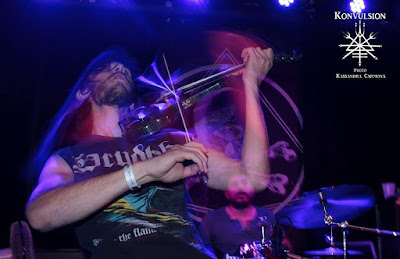 Should we expect any change in the next album? Clean vocals, a clearer sound, or what else? In fact, the production of ‘Tenebrosum’ is a little bit raw, was it done on purpose?

MG: Clean vocals would be implemented when a song calls for it. I’m open to the idea. As far as production, we strive for clarity in the instruments. Our interesting predicament is the use of distorted electric violin and how it is mixed in context to the rest of the “traditional” metal instruments. We like to experiment with its placement in terms of interpreting a part as a lead or a texture over a riff. When I listen to 'Tenebrosum', the overall mix sounds clearer to me than our previous work, 'Solar'.

I have interviewed Hercyn from New Jersey and now your band, it seems that there is an interesting scene in your area, do you have any interesting band to recommend me?

WolfCloak (New Jersey) and Dumal (Pennsylvania) are some sick bands that we had the pleasure to play with. If you are into death metal of the skronky persuasion, I’d recommend giving Dystrophy (New Jersey) a listen, as well.


Just my last curiosity: why an excellent album like ‘Tenebrosum’ was not produced by any label?

After spending so much time on the album, we felt extremely anxious to release it. We wasted all of our patience in the writing/recording phase! We figured that we had the resources available to put it out ourselves. In a way, we wanted to experiment with those resources and correct any shortcomings we perceived from our previous releases. Putting it out ourselves also helped in mentally putting this release behind us and being able to focus on new material. Fortunately, in the meantime, we forged a partnership with Hammerheart Records and they are going to re-release the album as a digipak in mid-December, granting 'Tenebrosum' wider platform.


During my face-to-face interviews with bands during my radio show, I am used to ask the “Desert Island List”: three books, three records and three movies you cannot live without?

Books: Practical Electronics Handbook by Sinclair, Gear for Your Kitchen by Brown, The Hobbit by Tolkien
Records: Opeth - 'Morningrise', Explosions in the Sky - 'The Earth Is Not a Cold Dead Place', Camel - 'Mirage'
Movies: Leon the Professional, Akira, Blazing Saddles


Thanks a lot guys, I guess to be able to see on stage one day here in Italy
Thank you for the interview. We hope to play in Italy soon!