Thence - We are Left with a Song
Départe - Failure, Subside
Sedna - Eterno

Recitations - The First of the Listeners

Man, this is pretty great stuff. It's been a fair while since a black metal album has captured my interest, but this is really good shit. Recitations manage that often rarely achieved trinity that all quality metal has, a good atmosphere, massive riffs, all while being a genuinely entertaining listen.

An entertaining listen? Well sure, sort of. Recitations are by no means accessible, but amidst the buzzing mayhem of "Tongueskull Sacrament" the brief, krautrock-from-hell interlude works ridiculously well, especially as it's switched between a huge, almost Angelic Process-ish pound. I wouldn't necessarily call this "psychedelic black metal" or anything but it's not too far from the truth, and it's done really well. It's just this hallucinotory journey where everything is deep and dark but still kinda beautiful to look at. Track 3's intro is another example- and it's a fine bit of music in general- dark, endlessly bubbling, all these distant chants and synths hovering at the end of your imagination. It's like being trapped in an ancient crypt that's covered in glow in the dark stars, or something.

The word that keeps on coming to mind is "deep". Perhaps it's the synths that sound like they're recorded a long way underwater; maybe it's the cavernous production. I work around a mine, and recently I went underground for the first time- it was occasionally strangely beautiful, but just as often an ugly, hostile place- sometimes the water would cascade down the rocks and glow strangely, other times it would be 45 celsius, pitch black, super claustrophobic and the air would be old and stale. I liken that to this album, it has plenty of haunting moments but just as often it's big riffs and distinctive, howled vocals pounding away at your skull.

It's the sort of album that provokes a lot of different images in your head- a ritual of immense power, a malevolent space entity, a contact with the secret chiefs; and it's a real pleasure to put this on and let your imagination run wild. All up quite a unique album, and I wish the album was a lot longer. Consider that a huge compliment and a big recommendation. (Caspian Yurisich)

The Burning Dogma - No Shores of Hope

Dawn of Demise - The Suffering

With Death you had a band able to create an album that brought you through a series of emotions and tied it all together with a singular thesis. Death was a band that was brilliant at naming and fleshing out a theme that could be found in each song while making each song stand alone as a facet of the overarching ambition into which the album coalesced. Death and Schuldnier's unforgettable music laid the groundwork for a sub-genre of most extreme music and saw death metal as more than just a moniker, but a style that could only progress. Unfortunately, you'll never see that in this Dawn of Demise album, instead you'll see tepid tempos and vitriolic variations with emasculated exploration both in the instruments and the vocals.

While this band isn't as genre-defining as Immolation or well-known as Deeds of Flesh, Dawn of Demise's noticeably formulaic style is adept at delivering the sort of sedation that many bands can mistake for brutality. Immolation can make their music sound like a gearbox moving backwards through intricate breakdown sound intermixed with insane swinging riffs and precise indulgences in blast beats. Deeds of Flesh is a steady hammering on the senses meditating in technique where premeditated delivery results in an aggressive pummeling. Dawn of Demise can get quite rhythmic in its form of death metal but the brutality is only in the guitars and doesn't have the kind of response in the drum section that could really lay down a serious ferocity or bring a kind of technicality that would keep a listener from tuning out their guitar-led sound after a minute or so into each song. The only standout parts on this album are in the solo sections. “Sadistic Gratification” is a demonstration of how not to use your money track. It's a strong start with a good groove at the end that is thrown away far too early despite the lacking lead up. This track is then followed by such overproduced banality through too many tepid tracks to really realize any antagonizing form. Dawn of Demise had a good run at the end of “Deride the Wretch” but cut it off too quickly. This band seems to favor breaking down through nearly the entire song with very little to keep things going, turning the death metal style on its head, and making it less encouraging than the standard model. There are some standout moments through this threadbare album of diet Suffocation emulation including the groove in “The Process of Killing” which combines with a great solo creating a fantastic few seconds of brutality. However, you have to wait through minutes of buildup for something that you would miss if you blinked while the band showers you with a cumbersome attempt to capitalize on Skinless' chug and give Suffocation's distant solo sound to it. This band has the uncanny ability to grab you out of the blue, make themselves heard, and then force you to lose interest in their cry for attention in the space of twenty seconds. Another example is the nice soling in “Those Who Deserve My Wrath” after an endless series of uninteresting riffs and breakdowns that blend together so effortlessly and enchant so little that the listener tunes the album out, forgetting he was listening to music, until this solo. Awakening from the slumber of a thousand chugs, this solo gets you back listening long enough to hear a somewhat satisfying blast beaten run in the oh so uniquely titled “As the World Dies”. I'm sure that song title took hours of agonizing creativity to concoct. Whatever Dawn of Demise has in the beginning of each song is lost far too early to overly abundant structuring, a glaring lack of creativity, and too little variation. This is a straightforward style without the understanding that they could expand on what they do well instead of beating around the bush when bands like Morbid Angel twenty before this band were doing more in one song than this band does in a full album. How am I supposed to believe that this is today's style of 'brutal' and 'heavy' music, let alone death metal? The only suffering happening on this album is that of the fan's because shelling out any money for an album so bland and one-dimensional is supporting the stereotype of death metal rather than the method and artistry of the style.

Denmark's Dawn of Demise could do well when opening for Skinless or Severe Torture who would later open for Dying Fetus or Suffocation. Yet on its own Dawn of Demise doesn't have too much going for them. The gutturals are what's to be expected, the breakdown beats are far too simple. Primal is a good way to go but it has to keep the listener wanting more if it's going to last in one's mind. This is far too average and the simplicity is utterly unoriginal, the band is trying to pave its own way across paths that have been so trodden into mud that it makes Six Feet Under sound good. Boring breakdowns, milquetoast metal, and tedious treads into threadbare grooves are what this humdrum death metal AC/DC does without the personality to make an impression. (Five_Nails) 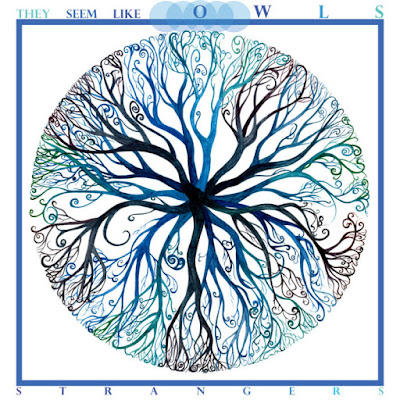 Follow this link to know much more about this group of stranger, named as They Seem Like Owls, that released in summer 2016 an incredible album of rock progressive:

Besides - We Were So Strong/Everything Is 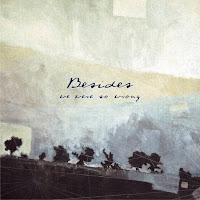 Ascent - Don't Stop When You Walk Through The Hell

French metallers Order of 315 have once again strayed relatively far into the modern metal scene that has quickly become a strong part of the French scene that contains far more of their counterparts’ elements into their sound. Mostly employing a heavy, groove-centered mid-tempo approach that interchanges swirling rhythms and tight pattern-changes into a series of vicious, groove styled rhythms that add in touches of hardcore and modern progressive rock, there’s a rather tight, frenetic sound on display which becomes quite enjoyable at times while still utilizing far too many plodding and mid-tempo patterns here to really make much use of them overall here. This one works nicely enough in these more hard-hitting sections and acquits itself well there, but the disparate mix of influences and seemingly blander stylings here make this one quite troubling at times, especially the later half which has a lot of weak tracks there to fill the running time. Still, on the whole the tracks aren’t too terrible. Opener ‘A Slap on the Wrist’ offers explosive, charging rhythms and plenty of charging, hoarse vocals containing the strong churning riffs and steady patterns grinding along through the grooves of the final half for a strong opening impression. ‘Telescope’ features heavier chugging and plenty of tight, swirling grooves with a ferocious and charging series of thrashing rhythms and energetic patterns that generate a strong, frenetic pace here with the grinding grooves working well for a strong highlight. ‘The Feather Factor’ offers some electronica influences into the plodding mid-tempo grooves and swirling breakdowns on display that are somewhat at odds with the pulsating electronics though the swirling rhythms are enjoyable enough to make this a somewhat enjoyable effort. ‘Abelian’ and ‘Meiosis’ return to the charging, hard-hitting grooves with the swirling riffing and simplistic rhythms that charge along to a solid mid-tempo crunch with plenty of strong patterns along with scattered electronics for nice highlight offerings. ‘Rumble Fish’ uses more of the electronica influences to plod along with the simplistic grooves and swirling rhythms introduced alongside the series of simplistic, plodding paces featured along into the finale for a decent-if-unspectacular track. ‘Data Warfare’ comes off as a fine mixture of the chugging grooves and swirling electronics featured throughout into the sprawling, buzzing electronic passages that continue swirling along into the final half for a truly disposable and unnecessary track. ‘Greyscale’ uses the down-tuned rhythms and swirling mid-tempo grooves into a fine series of plodding patterns that bring the simplistic chugging along through the simplistic finale for a decent enough offering. ‘Densen’ uses more straightforward, simplistic riff-work and plodding rhythms with plenty of sprawling electronics spread throughout into a bland series of swirling grooves chugging along into the final half for a rather unimpressive effort. ‘Unperfect Circles’ features plenty of straightforward, simple chugging riffing with sprawling electronics into a series of rather straightforward swirling patterns that continue droning on through plodding tempos through the final half for a somewhat enjoyable if still really flawed effort. Lastly, ‘Drone’ features plenty of tight, swirling chugging and lively groove-filled patterns alongside the influx of mid-tempo swirling patterns with more tight crunchy grooves carrying on through the finale for a much more enjoyable effort and does end this on a high-note. It’s worthwhile enough at times, but does have a few problems with it. (Don Anelli)