In the thick fogs of the City of the Lion, a motley assembly gave birth to the band Malevolentia. In musical shards, the voice of Spleen mingles with Dies saturated Sounds. Burdened by Raido and timed by Jc Reiss, these melodies support the texts of French authors that analyse modern societies to develop and darken the global ambiance. Orchestrations, concept, formatting and killing of pictorial structure by Dies signing the electronic record and the supports. A collective foremost. A meeting. Each in his place control his element and sign his part in Malevolentia. A Black Metal driven by deep melodies, a calculated violence and Orchestrations that seem straight out of the largest film productions.


Hey guys, I left you in 2011 when I reviewed your second album, 'Ex Oblivion', after a silence lasted almost six years from your debut album, 'Contes et Nouvelles Macabres', what happened during these 6 years? A normal composition process, line-up changes or what?

Dies: Many differents causes are to blame and each step has brought its share of challenges and unexpected conducive to delay the release of an album: a line-up that has struggled to regain stability, frequent redesigns of parts that we were not completely satisfied ... add to this the technical problems for mixing and pressing, and it took more of one year than expected to 'Ex Oblivion' to emerge. 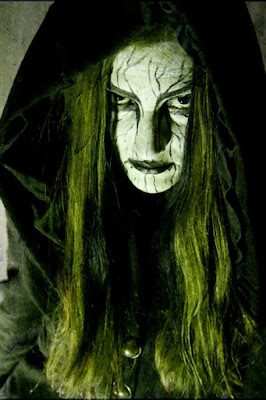 I appreciated a lot 'Ex Oblivion', able to combine high dosed of symph black with a few exasperated parts of death thrash, do you agree with my comment?

It depends on the songs but yes it is a good summary of what we offer with Malevolentia.


After 2011, again 5 years of silence, where somebody supposed also your split: what can you say about that? What did you do along these years?

There are long periods when it does not happen much. I compose alone, I write alone and I have many other projects (musical and otherwise) in progress. Add to this that it takes several tens of hours for orchestrations on a passage that lasts only a few seconds.


It appears that your sound in 'République' has become much more symph oriented with great orchestrations and bombastic arrangements, winking to Dimmu Borgir and Fleshgod Apocalypse. What can you say about the evolution of your music? Have you already found values and flaws of this new album? Is there something that you would change?

JcReiss: Effectively, 'République' is much richer orchestrally speaking, compared to others. We want to give effect, like a soundtrack of motion picture, designed to accompany the theme of the album in the best way possible. The effect is more epic and dramatic that this predecessors. Also, fastness and blast beats are still in the game… For faults, I think we could designed the album technically simplest way, which would have allowed us to released the album earlier.The amount of orchestrations has it been difficult to adjust the rest of the music, but finally, we are proud of the result… I can say that we could still change a lot of things, this kind of music is quite rich and complex to implement. However, we must know to stop at a time. 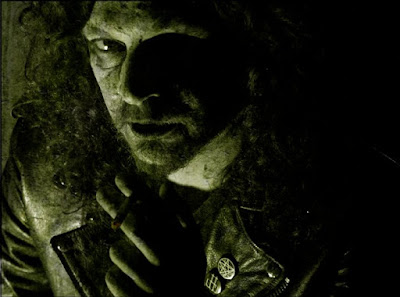 The new album includes 10 songs and 4 instrumental bridges, why the decision to have some bridges to break the majestic stride of your music?

JcReiss: The music of Malevolentia is relatively intense to listen, and I think they allow the listener has his rest a little between tracks. These interludes also illustrate the music and create the necessary atmosphere to the thematics. I think they are very important...


Which was the feedback from the magazine about your new album? and from your fan?

JcReiss: Critics magazines and webzines are rather positive and we are relatively proud of that. We had to a chronic in the Metallian (France) Magazine rather commendation. Someone, however, expressed some criticism about mixing of the album, but they are rather rare… For our fans, we had good returns. They found this new album is more complex and epic. Many expressed their desire to see us play live… For 2017…


Passing to the content of the lyrics, what can you tell me abot the themes, still about evil or darkness or inside the title 'République' stays some references to the French situation related to terrorism and the attacks of last November to Paris? And about this last horrible thing, how do you live your daily life, considering the horror your country faced in this last period with the attacks in Nice, Paris and Rouen?


The texts indirectly address the issue of waves of terrorist attacks with hindsight that should have any Italian people who is interested in the one that took place in Italy in the '70s and '80s. The totalitarian democracy is a perfect tyranny of the market which a the power to make her own worst enemy: Terrorism. Gladio networks are a perfect example for have an interesting key to interpreting current events. 'République' is an analysis and a critique of this republic under domination of the market and more generally of the Bank governance, Lobbies, corporations, Deep State have established a system that looks more like a banking fascism than democracy through the process of individuation and alienation by contemporary consumer culture and commodity fetishism. This album treats various subject by putting them alongside historical facts such as commercial reasons that caused major wars (and the others too), the rewriting of history, influence networks, the establishment of Police States, ecological disasters caused by surconsomation itself based on the myth that Economic growth is necessary. Historical subjects will address the various French revolutions like that of 1789 and Paris Commune. But also the Gladio networks, history of Freemasonry and apology of energetic wars under the guise of democratization. These globalist processes (not to be confused with the natural globalization which I think is not a bad thing) is an unprecedented violence for peoples and trying to create an individual uproot and standardized, a perfect Consumer. A man is not defined by what he has but by what he is. Trying to take off its roots to an human being, he will fantasize new ones. It is not surprising to see young offenders who have grew up with marijuana, McDonald’s, and detestation of the ground which hosts them, the while listening to music with messages crass materialists, like “big car, easy girl and misplaced manhood, without future or landmark suddenly become radical religious without having read a single book. According to the interpretative framework used 'République' is an album that treats about History as well as actuality. I am trying to translate the lyrics. they are written in a literary French. I’ll post theim when the translation will seem to me proper and without distortion. 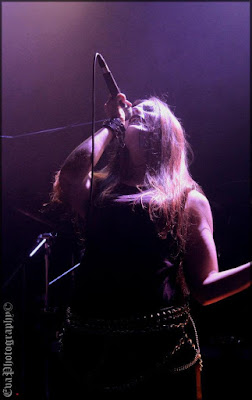 JcReiss: Yes, we are with Malevolentia relatively attached to these bands of black symphonic of the '90s. I could mention Emperor, or Anorexia Nervosa for France. The composition of guitars and drums is pretty comparable to what was done in the time. Although thematics a relatively different from those. Dimmu is a nice band very successful and they have retained their original atmosphere, while perfecting their sound between synths and metal parts. It’s a good band, for sure, but i’m not a fanatic.... For Therion, I prefer the old albums. Their new albums are very well doing instrumentations, but I find that the music lacks punch for me...


You live in France, an incredible country for its large scene, with excellent bands, Deathspell Omega, Blut Aus Nord or Alcest, just to mention some of them. Are there other interesting bands in France and in particular in Belfort, your home town?

JcReiss: In Belfort, We have a small, but nice extreme underground metal scene. I can to quote Einsicht, the side project of Dies and Spleen (Dark metal), my Black metal side project, Au Delà. We have also Imperium (Post republican inquisition), Goatvermin (Black/War metal), Defraktor (Thrash metal). I have a brutal death metal band called Dawohl too, but I play with them in Mulhouse (Alsace). 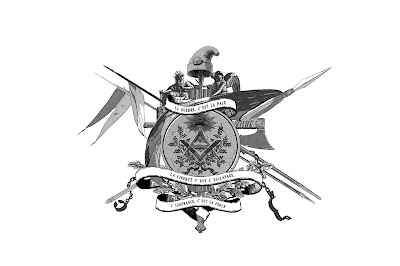 And now my recurrent last question: during my face to face interviews in my radio show, I am used to ask for the desert island list: three books, three records and three movies you cannot live without?

JcReiss: For music: My discography of Mayhem… Bathory too… Actually, I like a lot the german-polish black metal band Darkened, Nocturn, Slaughtercult.
For movies… Iron Sky! I’m waiting for the second opus impatiently. I can say Star Wars saga too… And Lords of the Rings… Habitually, I prefer documentaries to movies.
For books: I’m not a big reader, only occasionally… I prefer comics and newspaper (even if it is shit for many). I don’t have TV so if I don’t want to live in autarky...

Dies: Three books: '1984' (George Orwell), 'The Sacred Hill' (Maurice Barrès), The Lovecraft's integral.
Three records: Wardrunna – 'Yggdrasil', Summoning – 'Stronghold', Best of Jonnhy Cash Three
Movies: I am not a film buff. it is possible to take three other books instead?


Now, I leave you the last words for the Italian fans.

Dies: Thank you for support us. I hope we will soon have some concerts in Italy.