Interview with Show Me a Dinosaur (May 2016) 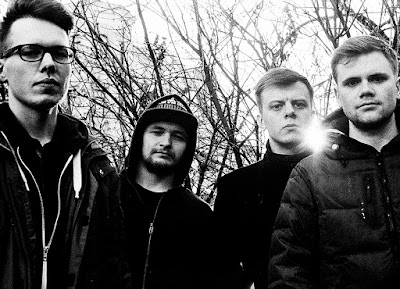 Show Me a Dinosaur is a four-piece from North-Western coast of cold Russia. Formed in 2011 in Saint-Petersburg, they have already released one EP and two full length albums; the last one self-title, issued in March 2016, combines post-metal, post-rock, post-black, ambient and shoegaze with a flooding guitar, hurricane of drums and desperate screams. Let's try to know much more about this interesting band after a chat with Artem, their vocalist...


Hi Artem,
Thanks to be my guest just for a day. I would start our chat asking why this moniker? Show Me a Dinosaur is quite strange for a band mixing post rock and black metal, isn't it? Would you present your band to the readers of The Pit of the Damned?

Hi everyone. It's a nice word actually, and yeah, we know, it's a bit strange name for a band like us. But if you think about our first album, it doesn't sound so freaky in my opinion. It was dreamy post-rock, we were younger, more romantic, you know. Maybe it was our goal to attract some attention with our name, but I really don't remember any longer. Only one thing frustrates me sometimes, that I see more comments about our weird name then our music.
So we are Show Me A Dinosaur, a bunch of guys, who make music as honestly as we can. We are just normal people with the same daily routines.


I have listened to 'Dust' and I find it an interesting album (mostly instrumental) of post metal with some black metal influences limited mainly to a few arsh vocals, but frankly speaking it was not so special. When I put the new self-titled album in my player for the first time, I was impressed by the intensity of "Rakev", calling to my mind Deafheaven, why this change in your sound? Are there other influences in your music?

Of course. Our music tastes are changing along the years. And there are different influences now. For this album, I think that the biggest influences came from Woods Of Desolation and Lantlos. Of course there were other bands which changed us and our vision of music, but I'd like to mention these two bands.
You know, this process of changing is going on continuously. I really cannot imagine what track or album we will record tomorrow. Sure, for someone all our tracks can sound in the same way, but for us it's completely different, due to our different experiences and emotions we went through. 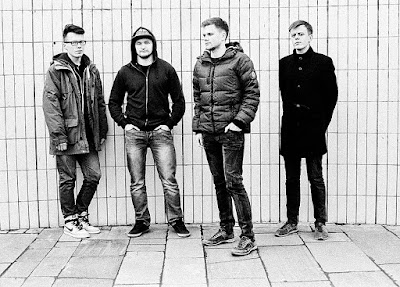 How the new album was born? Why you decided to give much more space to the vocals? And why the rhythm section got harder compared to the previous album, even though it is also much easier to catch here the shoegaze parts and other portions of dreamy post rock like in "Gone", one of my favourite songs?

This album is the first with this line-up. There were some changes in our band before and after 'Dust'. Now, we have a new drummer, Alexander, who helped us to make "Vjuga" and record it as a single. Before it was impossible to have blast-beats in our music, not because of skills or something else, but as for different musical tastes of our former drummer.
Then, after releasing 'Dust', we invited Anton, an old friend of mine, as a bass player. So the rhythm section was changed completely and you can hear the results on the new album.
Concerning vocals, I don't actually know. We just wanted to give it a try. But I'm sure that next album will be more instrumental.


It's a pity, because I appreciated a lot your performance. Let's change the topic: how a song by Show Me a Dinosaur usually born?

I think simply like other bands. Someone starts to play something, everyone follows and let's move on. After the jam, we try to figure out what happened, what we have played. Then, we try to put things in order and if we still like how it turned out we give a name to the song and we start to play it on every rehearsal to find things that not satisfy us. Then it goes to album.


What about the lyric contents of the new album? Who is the responsible of writing them and why inside the cd they are reported only in Russian?

Oh, lyrics. It was the hardest part of the album as we are not used to write words, you know. Half of our lyrics ("Lights" and "Gone") were written by our drummer. "Vjuga" was done by Pavel, our guitarist. For "Rakev", we used the Russian translation of one poem of the Czech poet František Hrubin. That's why it's called by a Czech word actually. For "Wojna" I wrote it by myself.
We are not the biggest masters of words, so we decided not to translate it. But soon, we will have a vinyl release and on deluxe edition, you will find English translation of all our lyrics. 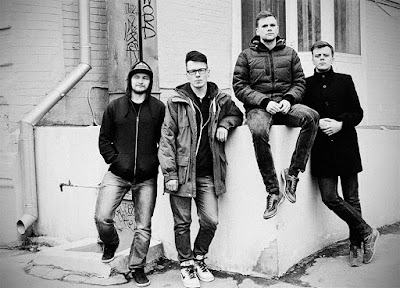 Beyond loving your music, I was also impressed by the gaudy colors of the cover cd, another strange choice considering your proposal, what can you say about that?

For our amazing cover we should thank Pavel's father, and Pavel of course. He found this painting in his father's old works. And it was 100% as we imagined it. We wanted something that could capture the feeling of the early spring, still cold but full of life.


Are you going to play some live stages for the summer? Plans for the future? Do you have new ideas for a next album?

This summer will be pretty quiet for us. I think we'll make one show in our hometown. Maybe we'll play some old tracks for the last time. Then we'll go to our rehearsing room to find something in ourselves for the new album. But, as I told you, I have no idea what it will be like.


You are a 4-piece living in Saint Petersburg, how is the local scene, do you have some bands to recommend to the readers of The Pit of the Damned? I remember an incredible act from your town, Follow the White Rabbit, did you hear about it?

For sure. I think that everyone knows FTWR here. Or almost. Actually, there are a lot of bands here. We know a few of them. If you want some dreamy black metal, I would recommend our comrades and brothers "Trna". If you are a screamo-guy, you may like some bands of our very crowded screamo scene, like Berth, Olše or State Birth.


Is it difficult for a band coming from Russia making yourself known beyond the borders?

I don't think it's much harder than for the other European bands. The only thing is maybe related to the language gap and also to know how Facebook works. Other things, like a different life style, don't make such difference. At first you have to play good music, which is actually not so easy and it does not depend by the place you live. 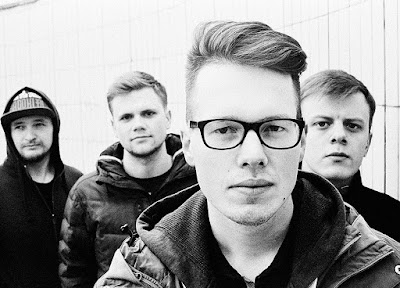 And now, at the end, a simple (it is never simple, I know) “desert Island list”: three books, three records and three movies you can’t live without.

May I choose three records? Books and movies are usually one-time deal for me. Okay, the three records I can't live without:
'68 - In Humor and Sadness
Envy - Atheist's Cornea - actually I don't have favorite Envy album, I just love them all. But this one is the newest so I would take this one.
Godspeed You! Black Emperor - f♯a♯∞
Concerning books and movies I'll just choose my favorites, to which I'm returning sometimes.
Books:
Ilf and Petrov - 12 Chairs
Aldous Huxley - Brave New World
Franz Kafka - The Metamorphosis even though it's not a book, just a story. But it's so desperate and so exciting that I cannot miss this one.
Movies:
Heart of a Dog (1988) by Vladimir Bortko
The Big Lebowski (1998) by Joel and Ethan Coen
Pulp Fiction (1994) by Quentin Tarantino


It was a pleasure to get in touch with you, hope to meet you one day in your amazing city.

Thanks to you for these interesting questions. Hello to all the readers of The Pit of the Damned. Keep in touch...