Ketha is a Polish experimental extreme metal act formed in 2002. They released a demo in 2003 called 'Mantra Te/ Blood' and an album called 'III-ia' in 2007. Their singer Rafał Piotrowski who was singing in these two offerings (aka sVirus) left the band in 2009 to join Decapitated. They offer an incredible mix of genres: death, jazz, avantgarde, progressive, math and cinematic visions. 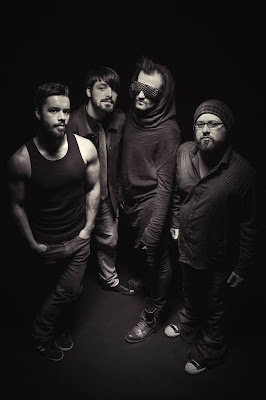 In 2 weeks, I've discovered your existence, that you have 2 full lengths and your last EP is already in my personal rank of 2015. And this push me my wish to interview and know much more about Ketha. Could you tell me whatever you want about you history?

We’re active since 2008, the year we released our debut album, 'III-ia'. We played a lot of gigs then, including European tour with almighty Minsk, but then due to many circumstances we had to stop a bit and focus on other things. We got back in 2012 with full-length '2nd Sight', but again, after release and bunch of gigs we’ve parted our ways with, I left alone so I needed to find whole new team to play with. This happened 2 years later and allowed us to finish - this time EP - '#!%16.7'.


I've been really impressed about your EP, '#!%16.7': the first question is mandatory and expected, why this title? Has some links with math or what? What about the lyrics?

16.7km/s is the third cosmic speed letting you leave our solar system. It’s shortened explanation, as there are several conditions needed to make this happen :) Lyrical part of EP tells the story about this trip - leaving the Earth, leaving our galaxy and flying free. Maybe once we’re dead we’ll know where this road ends. 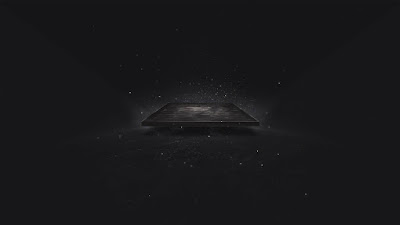 In my review I described, with some efforts, your sound as a mix of progressive, alternative, jazz, blues, Tool-like, Meshuggah-like, Primus-like, psichedelia and space rock; how would you describe your sound in a few words?

We’d like to call it “avantgarde metal” or “alternative metal”. Since the beginning, our main goal is to create our own sound, our own sound space. All those bands and genres you mentioned can be found in our music, but it’s not on purpose, it just comes out naturally.


How the music by Ketha evolved since the beginning?

We always had luck with press reviews - even our first album, which I don’t like personally had a great opinions and it even got released in US by, non-active now, Debello Recordings. Long time between two previous ones was caused by difficulties in working together as a band - we used to live in different cities, each one like 300km from another and we spent a lot of time making '2nd Sight'. Whole music was created in 2 years, we mixed it for a year and mastered it for couple of months… But we were - and still are - really happy with the result. Evolution of our music is our main idea, so you may expect that every album is and will be different. We keep this approach as a rule number one.


Let's come back to '#!%16.7': why the decision to have so many songs when actually it is a unique sonic stream? Why the use of trumpet and sax? They recalled me the sound of Pan.thy.monium, do you know this Swedish band?

No, I don’t know Pan.thy.monium but I will surely check them out! I listen to a lot of classical music and what I miss sometimes is ability to get to the moment I really love. I’m not always in a mood to listen to an hour long CD. Maybe that’s why I’m a fanatic of Stravinsky, as most of his work is divided to short “songs” :) If I’d need to give you example of album closer to our style, I would suggest Fredrik Thordendal’s Special Defects, which is also one long piece, cut to dozens of tracks. I think by not forcing listeners to constantly get through the whole album, we make the record more accessible. You can have your favourite moments and go to them anytime you want.

Horns section came to my mind after playing with demo version of EP, that I created in Garage Band - really simple, definitely far from perfect, music program. I wasn’t happy with couple of riffs, I felt that they need to be more powerful, so I tried to add something that would make it happen. And what can be more powerful than horns? :) It sounded great even on this early, computer made stage, so I decided to record them for final version. 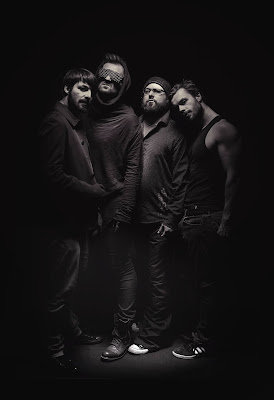 What we have to expect from the future? Should we wait a long time again for a new full release? I am still anxious to listen to a new album.

We’re hitting the studio in November to record main guitars and drums. There will be 8 songs, really far from what we’ve been playing till now. I would underline the word “songs” - they have more less typical scheme, less riffs per piece, more melody. Despite the scheme gets simplified, number of new things I’d like to put there is quite scary, so I’m not sure yet when we’ll be ready to release this. Probably in autumn next year.


Poland is known for the big acts, Behemoth, Decapitated and Vader, but it seems that there are other underground bands like yours (or Lux Occulta) with a very interesting and original sound. What can you say and do you have some bands to recommend me?

There’s a lot of really great bands here - they might not be known worldwide, but it doesn’t mean they’re worse than the names you mentioned. You should definitely check Blindead, Proghma-C, Tranquillizer, Hetane, Alameda or if you like it heavier Thaw, Mord’A Stigmata, Redemptor, Kriegsmachine, Torn Shore. I think Poland is on its best way to have a very strong, very colorful scene.


What about the live aspect of Ketha? Are you playing somewhere in the next future?

We’ve played couple of shows in Poland this year, including our biggest one at Off Festival, sharing the stage with bands like Kinsky and Dillinger Escape Plan. We’re now working on upcoming year to play far more, including Europe, but time will show if our plans would realise.

Hah, good question, but so hard to answer :) Let’s try. For books it would definitely be 'The Cyberiad' and 'Star Diaries' by Stanislaw Lem, Miles Davis autobiography would be number three. Movies - I’m a huge fan of series and my all time favourites are 'Six Feet Under', 'Sopranos' and 'Breaking Bad'. Records - this is much harder to choose as the list is changing very often. For now, I couldn’t live without 'The Firebird' and 'The Rite Of Spring' by Stravinsky and 'Duch Tornada' by Alameda, but I’m afraid I would take more CD’s instead of books or movies, because while listening you can write your own book or paint a picture.


Thank you so much, you are totally crazy and for this reason, I love incredibly your sound.

We thank you very, very much! I hope we’ll catch up one day :) Best!