The Soulscape Project - The Lifeless

Having returned to glory in a big way with the stand-out 'All Guts, No Glory' a few years ago, gore-mongers Exhumed have offered up another exceptional splatter platter here with a fine mixture of their past and present. Still wringing their hands in the gore/grind trade with their propensity for intense, tightly-wound rhythms, technically-precise guitars and knack for bloody and disgusting lyrics, it feels right at home here amongst their early works but adds in an extra dimension here with a slight melodic flair in the riffing arrangement from time-to-time that breaks up the monotony slightly and brings in a newfound toy to play with despite still wanting to utilize what’s been in their toychest all these years. Bristling with stand-out drumming patterns from Deeds of Flesh skinsman Mike Hamilton who throws in a propulsive amount of double-bass lines and top-notch fills, they drive the speed that works in guitarist/vocalist/founder Matt Harvey’s wet, sloppy growl that still sounds as messy and disgusting as their heyday over a decade ago, and when it’s all wrapped together with a well-composed tendency to switch from simple thrashing to technical virtuosic displays and even the aforementioned melodic flair, there’s a lot to like here. Starting off with the spectacular "Coins Upon the Eyes," and carrying on through the title track, "Sickened," "(So Passes) The Glory of Death" and "The Rotting," it’s pretty obvious what’s going to happen throughout as we get razor-edge riffing, tight arrangements and blinding thrash-like speed merged together in one wholesale package, if anything on this release could be considered wholesome. Thankfully, there’s some fine originality to take place here as "The Shape of Deaths to Come" introduces those melodic interludes to keep the material broken up slightly, "Dysmorphic" offers a lengthy acoustic break in the middle of the track and the blistering "Carrion Call" offers something resembling a call-and-response chorus, a little-featured facet of their sound which is briefly featured for what must be the live experience. That said, the big flaw here is pretty much the fact that the band is pretty consistent in their approach and don’t really offer up much in the way of variation or really differentiating their music from each other as this gets pretty hard to really tell apart in the later half as it blends together really quickly here, but all in all this is some prime era material on this and definitely ranks high in their discography if this minor issue doesn’t matter too much. (Don Anelli)

Slick Steve and the Gangsters – S/t

Inferno - Omniabsence Filled by His Greatness

Dreadnought is a Denver (CO) band that can best be described as psychedelic jazz/prog-metal fusion. Between frequent drum rim shots and ride cymbal, odd time signatures, clear vocal harmonies that at first hearken to Jon Anderson and Chris Squire in Yes which in the next second they morph into something far more tense and foreboding. Classic rock influences poke their heads though occasionally and briefly--with organ textures reminiscent of Keith Emerson and Jon Lord (Hammond B3) making furtive cameos. Flute melodies on top of power chords meld into sections with black metal vocals which segue into instrumentals leaning into prog-rock territory when suddenly, trumpet solos erupt. Lifewoven can be reflective and jazzy with rock undercurrents one moment and with demonic vocal howls overlaying the song the next. For listeners who like progressive and jazzy elements mixed with rock and metal, I suggest you give this a try. I've yet to find anything quite like this, but it does grow on you. The musicianship is top notch, as the members of Dreadnought take you on emotional and mental voyage, as they explore elements of multiple genres with each song movement, while making the synthesis and evolution of each song somehow sound natural. There are five songs on this release, each with a single-word title: "Nascence", "Lift", "Deluge", "Utopia", "Immolate" and "Renaissance". The shortest song, "Immolate" clocks in at just under five minutes, the longest, "Deluge" at almost thirteen-and-a-half. A lot of emotions and feelings are explored on "Lifewoven". It's a musical journey that is well worth taking. (Bob Szekely)

The Pit of the Damned Vol. 1 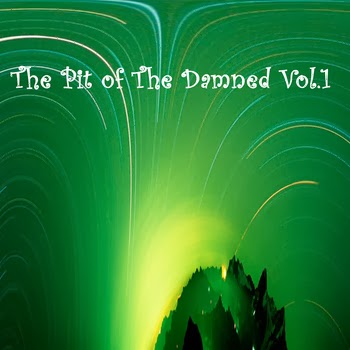 Online, the first compilation of The Pit of the Damned: 80 minutes of stoner/punk/post sounds

Mournful Gust - For All the Sins


One of the most legendary and important releases in the history of brutal death metal, this four-song EP is still held in high regard by the majority of old-school metallers from the scene’s birth. The most glaring option about this album is that it’s far more technical than expected, as there’s a slew of complex rhythms and patterns at play within this, not just from the blazingly-fast guitars but the bass as well which has a few dynamic areas within the music to showcase it’s chops effectively. Of course, the drumming is the real key here as there’s just absolute devastation left after this one gets going, filled not just with complex patterns and blastbeats but also managing to roll throughout the different tracks with a reckless disregard for the number of hits being played on the kit, giving the music an extra intensity and speed that doesn’t come naturally in the genre. Top it off with the ever-familiar gorilla-grunting and pig-squeal vocals that permeate the genre and this is a rather impressive outing in the genre. The opening title track absolutely slays with dynamic waves of technical drumming, tight riff-work and a dedication to pummel all who stand in the way that there’s no let-up at all in the pace or tempo here as it just flat-out rips with ruthless aggression throughout. Follow-up "Mentally Deprived" is just as good with even more dynamic technicality displayed with some absolutely ferocious break-downs as the tight, swirling guitars buzzing in complex variations throughout with absolutely pummeling drum-work. "Realization of Betrayal" and "Induced Deception" really flow together in much the same way, dazzling technicality for the genre matched with devastating drumming, tight patterns and vicious rhythms that don’t really match the speed or urgency of their counterparts on the first half of the disc, but the brutality within still holds up to this day and they remain one of the more important acts in the genre as this one release attests to. (Don Anelli)